International tourists coming to Bali will be subjected to five days in quarantine instead of eight, as Ngurah Rai Airport readies to accept visitors from 18 countries from Oct 14. The Balinese government hopes this will boost the number of international tourists by 1,000-1,500 per day, Vice Governor Tjokorda Oka Artha said. The Indonesian Hotel and Restaurant Association (PHRI) in Bali has prepared 35 quarantine hotels rated 3-5 stars.

Entry will be granted for travelers from 18 countries, with the full list revealed in an upcoming Covid-19 Task Force (Satgas) Circular Letter. Satgas spokesperson Wiku Adisasmito said the 18 are classified as Level 1 and 2. Level 1 countries have a low risk of Covid-19 transmission, while Level 2 countries have medium risk with positive cases of less than 20 per 100,000 citizens.

Salesforce is one of 86 new companies joining The Climate Pledge, an initiative committed to achieving net-zero carbon emissions by 2040. The Pledge was co-founded in 2019 by Amazon and Global Optimism, an enterprise to drive social and environmental change.

Salesforce recently unveiled new obligations for suppliers, requiring them to commit to setting a science-based target to reduce greenhouse gas emissions, and its technologies can also help companies plan for a more sustainable future. Market research firm IDC forecasts that from 2021 to 2024, migration from on-premises software to the cloud could result in a reduction of as much as 1 billion metric tons of carbon dioxide.

Salesforce has also set a goal of pursuing 100 percent renewable energy for its global operations by 2022 and currently delivers a carbon-neutral cloud to all customers. According to an IDC customer survey, 39 percent of the Salesforce customers surveyed look to the company as a source of support in reaching their own sustainability objectives.

The importance of cross-sectoral partnerships and companies taking an active role in curbing tuberculosis (TB) in the workplace were the key takeaways from AmCham Indonesia’s virtual roundtable with Ending Workplace TB (EWTB) on Oct 12. The roundtable had a great turnout of government officials, non-governmental organizations (NGOs), and representatives from the private sector.

Given the high number of TB cases and mortality rate in Indonesia, Acting Director-General for Disease Prevention and Control at the Ministry of Health Maxi Rein Rondonuwu spoke of the impact of TB on productivity, and the importance of company roles in controlling and preventing transmission in their workplaces through healthcare support and collaboration with the Ministry of Health. Stop TB Partnership Indonesia's dr. Nurul Nadia Luntungan said a multi-sectoral approach was one of the most important ways to reduce TB. All stakeholders, especially the private sector, must pay attention to the risk of TB, as it is the second-highest cause of death among adults.

The session was followed by a panel discussion moderated by Rangga Fadillah, Director of Government Affairs and Policy at Johnson & Johnson Indonesia, and led by Freeport-McMoran Medical Director Richard Vinroot and Vice President of Global Public Health at J&J Adrian Thomas. Richard said his company offers health screening programs, including X-Rays, and contact tracing in case any employees are infected. On a similar note, Adrian spoke of the enhancement of health technology and treatment. Public and private sector partnerships are of the upmost importance to provide a more advanced healthcare infrastructure.

Following a fruitful Q&A session, the event was closed by the Director of the Health Office at USAID Pamela Foster, who said USAID has a long and strong commitment to ending TB. She said it is curable and in Indonesia and there are many opportunities to come together and find the best measures to beat the disease.

Multinational enterprises (MNEs) will be subjected to a minimum 15 percent tax rate starting from 2023, the Organization for Economic Cooperation and Development (OECD) agreed on Oct 8. After rounds of negotiations, over 136 member jurisdictions representing more than 90 percent of global GDP joined the Statement on the Two-Pillar Solution to Address the Tax Challenges Arising from the Digitalization of the Economy. This agreement consists of two pillars and is expected to collect over $150 billion in new revenue annually.

Pillar One will ensure a fairer distribution of profit by reallocating some MNE taxing rights from their home countries to the market. Multinational companies, regardless of physical presence, will have at least 25 percent of profit reallocated to market jurisdictions. This applies to MNE groups with global sales above $23 billion and profitability of more than 10 percent. Pillar Two introduces a global minimum corporate tax rate set at 15 percent and will apply to companies with revenue above $867.6 million.

This means the Indonesian government could collect income tax from foreign digital companies operating here, and there is huge potential as Indonesia contributes to half the gross merchandise value (GMV) of Southeast Asia’s digital economy.

Business expansion remained positive in the third quarter of 2021 according to Bank Indonesia's latest Business Survey, with the weighted net balance (WNB) decreasing to 7.58 percent from 18.98 percent in the previous quarter. The WNB is the difference between the number of businesses seeing an increase in demand and those seeing a decrease. Agriculture, plantations, livestock, forestry, and fishing saw gains due to harvesting season; but mining and quarrying, trade, accommodation, and food services, and manufacturing experienced declining demand. However, these sectors are expected to improve in the fourth quarter, while overall business is expected to be stable with a WNB of 7.46 percent.

President Joko Widodo is to attend the United Nations Climate Change Summit (COP26) in Glasgow, Scotland, on Nov 1-2. His presence is designed to show Indonesia’s strong commitment to addressing climate change. He will unveil Indonesia's long-term strategy for low-carbon and climate resiliency by 2050, at the Summit, as well as its Net Zero Emission target for 2060, said Director of Development, Economic Development, and Environmental Affairs at the Ministry of Foreign Affairs Hari Prabowo. 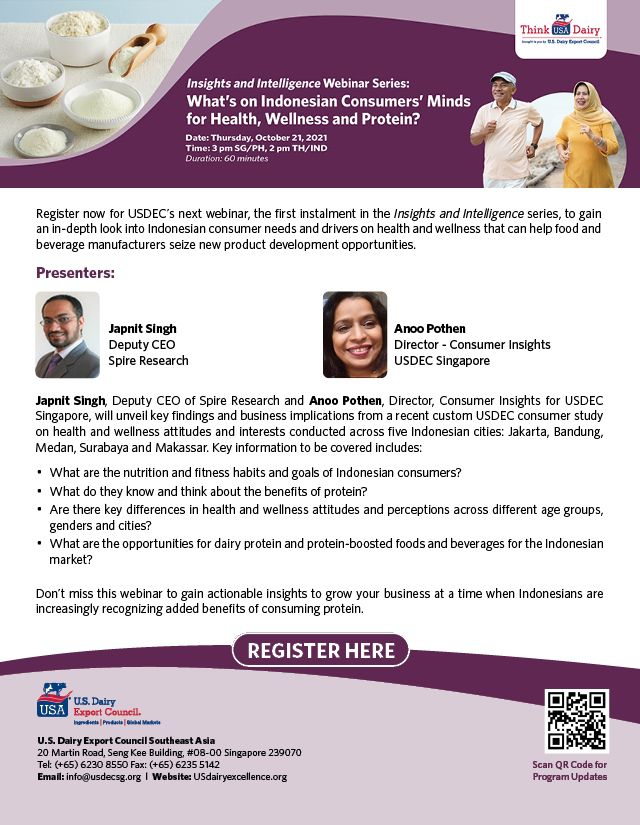 In these difficult times, our hometown English language newspaper, The Jakarta Post, is more important than ever. Given the difficulties of physical circulation and the economic slump, the Post needs to boost its online subscribers – a goal we heartily support at AmCham Indonesia. Quality English language news is vital for our businesses, our home offices, and the flow of information out of Indonesia. It is for this reason, that we are urging all of our members and readers to subscribe to JP! Information is what will help get us through this crisis. Below is information about how to sign up.

Now is the Time to Join AmCham!

We offer a full slate of meetings, events, and information for our community online. But we can only do this through the support of our members. If you are not yet an AmCham member, please join now.

AmCham Indonesia is open to all companies with an interest in US business relations and we have many non-American members. We are a community and we welcome you!

The AmCham Office is on the work-from-home status and all face-to-face meetings and events have been postponed. We are having a number of meetings online using the Zoom platform. You will be notified of virtual meetings as they are scheduled.

What is Your Company Doing on COVID-19?

Please let us know what measures your company may be taking in the form of donations and other assistance to help Indonesia during this time of confusion and concern. Contact [email protected] with your news. We would like to publicize the ways that our AmCham companies are pitching in.

We urge you to send us press releases and other information that we can pass on to the broader AmCham community. If you have items of interest, please email material to [email protected]. Follow this link to information provided by the US Embassy

Stay safe, call a doctor if you have a high fever, cough, or difficulty breathing. Stay healthy above all else.

AmCham Update is AmCham's regular newsletter on developments related to the pandemic crisis and other issues in Indonesia. It is edited by AmCham Managing Director A Lin Neumann and written by the AmCham Staff. Paul L Goddard is the Managing Editor